A 7,579-mile trip to the Hong Kong Public Library - there's got to be a story there 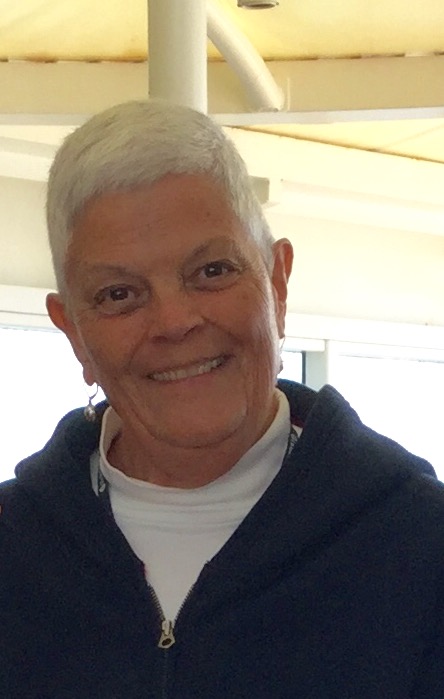 “Write what you know” is what writers are told when they venture into penning the great American novel. Royal Oaks resident Lyn Griffiths must not have ever heard that advice when, in 2003, she had an idea for a book that has now sent her around the globe to research countries and history of which she had no inkling. She and husband Chris moved to Royal Oaks in 2007, giving her an abundance of free time to research and write books.

With a working title of “When the Mail Comes,” Lyn’s book is set in Hong Kong in the 1860s and centers on the family of an American trade consul, caught up in multiple levels of conflict and change. Beginning just as Abraham Lincoln has been elected President, the tale follows the family as they move from Russia to their new assignment in Hong Kong. At this time, a letter writer in Hong Kong usually had to wait a full year before receiving a reply, hence the title. “News from home, therefore, was never timely and always hopelessly out of date,” Lyn explains. “I was fascinated by standing in those shoes.”

“Just as interesting are these ‘Global Nomad’ questions,” Lyn says. “For 13 years, this family has lived not only in Boston, but in London, Istanbul, Paris, and St. Petersburg. When you have lived in so many countries, where is home? Are you still ‘American’? What does “home” mean? And in this case, as the family begins to unravel, what is left?”

She packed up and went to Hong Kong for research

A stickler for getting things right, Lyn discovered that internet research couldn’t provide the level of detail she sought. So off she went, solo, to hunker down in the Hong Kong Central Library until she found the street maps and other documents she knew would make the book authentic. Hong Kong was a British colony and Lyn was fortunate to find the documents in English and the English-speaking library workers a wealth of information. “Although most readers won’t know if the bakery, let’s say, is on the street I write about, I want to be sure the book is an authentically correct rendition of life in that time period.”

How does a writer come up with an idea for a story? “I actually got the idea for this novel when I was lap swimming,” laughs Lyn. “That is really boring exercise so I make up stories in my head. I always had a fascination with historical novels and I couldn’t get this potential story off my brain.”

Lyn says she was a curiosity-filled child, so when her family moved to Paris for a year for her stepdad’s job when Lyn was 12, she “got hooked” on travel and exploring foreign places and ways of life. She was enrolled at a French school and quickly had to learn the language. “I’m still able to speak some French, enough to get by. And I loved the French Bistro in the Hong Kong library, where I ate nearly all of my meals while doing research. That city blazes at night but like a good researcher, I hunkered down and accomplished what I traveled so far to do—squinting over hundreds of documents and trying to put the pieces together in my head as my tale continued to unfold.”

Lyn had been to Hong Kong once before so wasn’t afraid to travel alone at age 75. “I chose a hotel where English was spoken. I registered with our State Department, and carried the address and phone number of the U.S. Embassy. I had researched hospitals, just in case, too.”

Her “just in case” situation came true when, walking the three blocks from the library to her hotel, she tripped and fell, breaking her nose and kneecap. “The local people were very kind and got me assistance,” said Lyn. “A 6 ½ hour stay at St. Paul’s hospital included seeing three different doctors, having four X-rays taken, and seeing a certified PT who custom fitted me with a full leg brace and cane. The total bill with (U.S.) $417.22 and that included purchasing the brace and cane!”

Back in early January, 2016, and in order to do more research for the book, Lyn embarked on a 92-day cruise to trace the route her book’s characters will take in the novel. She boarded in England, and the cruise wound its way through the Mediterranean, the Red Sea, and the Indian Ocean, eventually giving Lyn three research days in Singapore. The ship’s itinerary turned out to be a precarious route through some dangerous waters. “Armed guards boarded our Holland America ship as we neared the Suez Canal, and stayed with us until we reached Sri Lanka (Ceylon). These precautions were to make sure we weren’t apprehended by pirates or taken hostage in the waters near Yeman or Iran. We were under restriction about 1/3 of the time of that cruise,” explained Lyn. “It was unnerving and definitely limited some of the shore trips I had planned to take.”

On a lighter note, once she arrived in Singapore, Lyn’s book research was sidetracked by a serendipity  an astounding museum exhibit of the recovered cargo from the wreck of a little Arabian ship that sank near Singapore in about the year 828 AD. This is the oldest shipwreck ever found in Asian waters, and Lyn was so taken by that remarkable story, she created a four-part history series  called SHIPWRECK!  which she presented as part of Royal Oaks’ Learning Tree Lectures in June, 2018.

Even with this deviation, many pages of the Hong Kong novel were drafted during her three-month adventure from Europe to Asia and now, nearly three years later, thanks to helpful Hong Kong librarians, more pages will be added to Lyn’s ever-growing manuscript.

A true writer. . . and lots of other things!

After gaining an undergraduate degree in Political Science and a Masters in Human Resources Management, and before discovering that she could write, Lyn took on a variety of interesting jobs — juvenile probation counselor, study abroad saleswoman, Registrar for a small junior college, among others. Then, in the mid-1990s, she began to write novels. “I have eight books in various stages right now,” explains Lyn. “One has been published—”Captivation Waltz” — under my pen name of Polly Vogler Renwick.”

When pushed for a completion date for “When the Mail Comes,” Lyn artfully dodged that subject. “I really dig the process of writing. Having the book published will be icing on the cake, but the fun for me is the twists and turns it takes in my head. It’s such a kick to be the first one to hear the whole story.  And because I don’t have to worry about anything because I live at Royal Oaks, I can leave for three months and do my research.”

For more information about how Royal Oaks can help you pursue your next big adventure, call at (623) 815-4132.