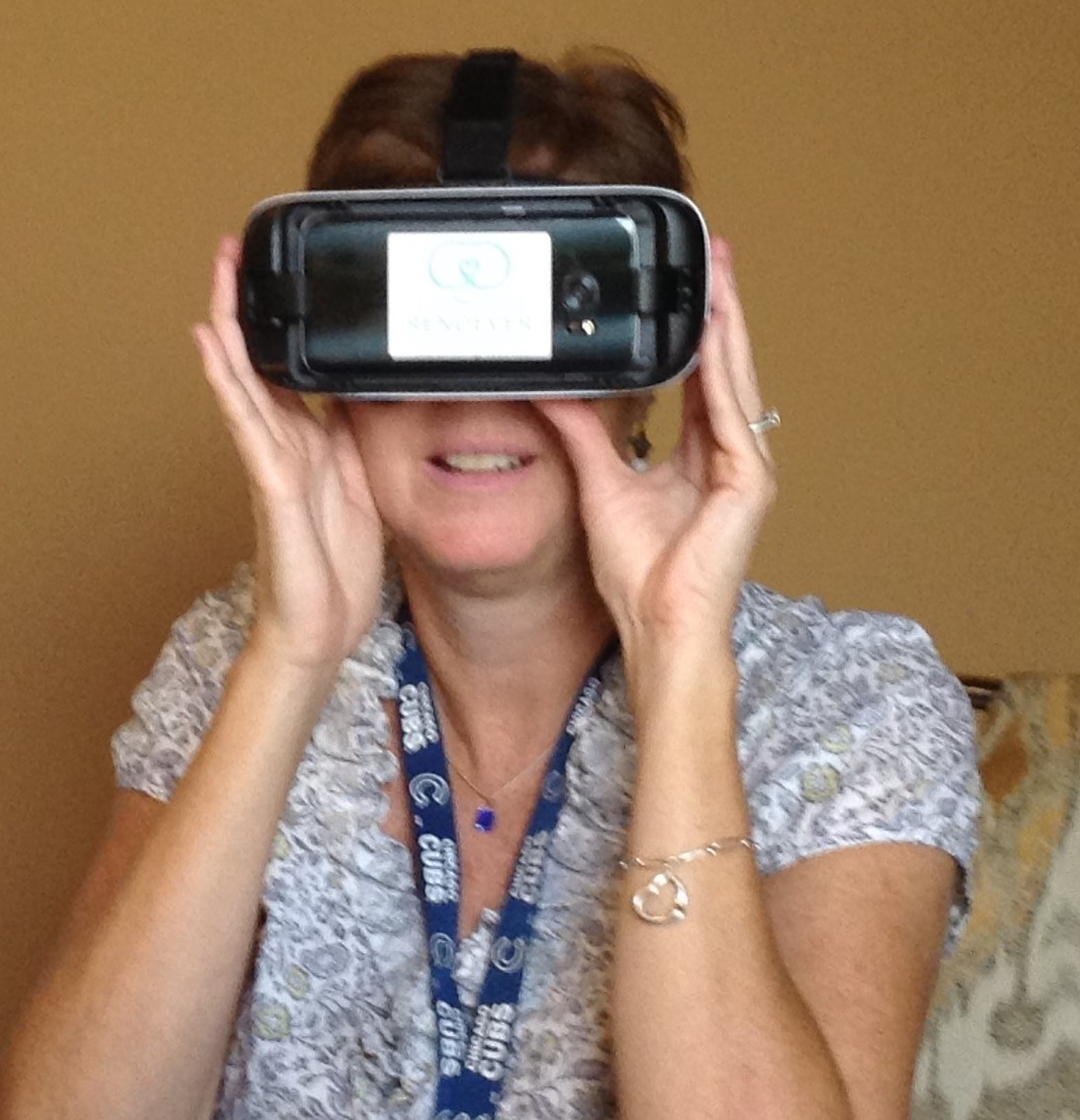 Always looking for ways to enhance resident experiences, Royal Oaks’ Life Enrichment team now has the ability to transport residents to all corners of the world, allowing them to swim with the dolphins, feed elephants, see the excitement at Wrigley Field, “travel” down the street where they once rode their bicycle as a child, and much, much more. All done through our new Rendever Virtual Reality (VR) headsets. And a side benefit? A tool for pain management.

This is a great tool for staff/resident engagement,” explains Dina Capek, Director of Health Services. “We aim to build strong bonds with all our residents and through VR, we get to experience something new together with them. If residents can’t travel, we’ll bring the world to them. Plus, studies have shown a link between VR and pain management.”

Less than a month after introducing this new activity to our residents, the stories are pouring in from the staff members helping residents explore our big world:

A resident who loves elephants, whose room is decorated with the creatures, put on the headset with the video of the elephants walking. She squealed with delight when the mammoth mammals seemed near enough to touch. I have not seen a smile so bright!

One of our residents is from Chicago, as am I, and knew which street he lived on. Through the headset, he saw the neighborhood he lived in and has not seen in over 30 years. He saw so clearly the streets and the high school across from his home, as they are today. A Cubs fan, he “traveled” virtually Wrigley Field. He told stories of how he would get to the ballpark on the train, and got in to see the game for three cents.

A resident from Ireland was being introduced how to use the headsets and was watching a travelogue of his beloved home country. As he watches the scenery and various landmarks that he comes to in the VR experience, he is telling the staff the distance and location of these magical places and as he is doing so, the information on the staff screen is exactly as he said. He was right on with his facts and could have been the tour guide himself. Once an Irishman, always an Irishman!

One of our ladies that founded a cat rescue was completely engaged in the video about puppies. Her hands were reaching out to pet them as she was immersed in the experience. This also produced great conversation about past family pets and before long everyone was counting, petting the pups, with heads darting left to right. You could tell by the smile on her face that her love of pets and founding a rescue was something she considered as one of her greatest accomplishments.

Another story to share is a one-to-one session I had with a resident. He was feeling blue, not wanting to attend usual activities, so I brought the VR headset to his room. We explored on Google Maps the back roads and open fields near where he grew up. He reminisced about walking some of those dirt roads with his twin brother. Before long, he was back to his usual self as we reminisced fondly about growing up in rural areas.

Swimming with the turtles, traveling to space, and even riding a jet plane through the skies kept one resident amazed for hours. The two residents sitting with him were chuckling over his humorous facial expressions!