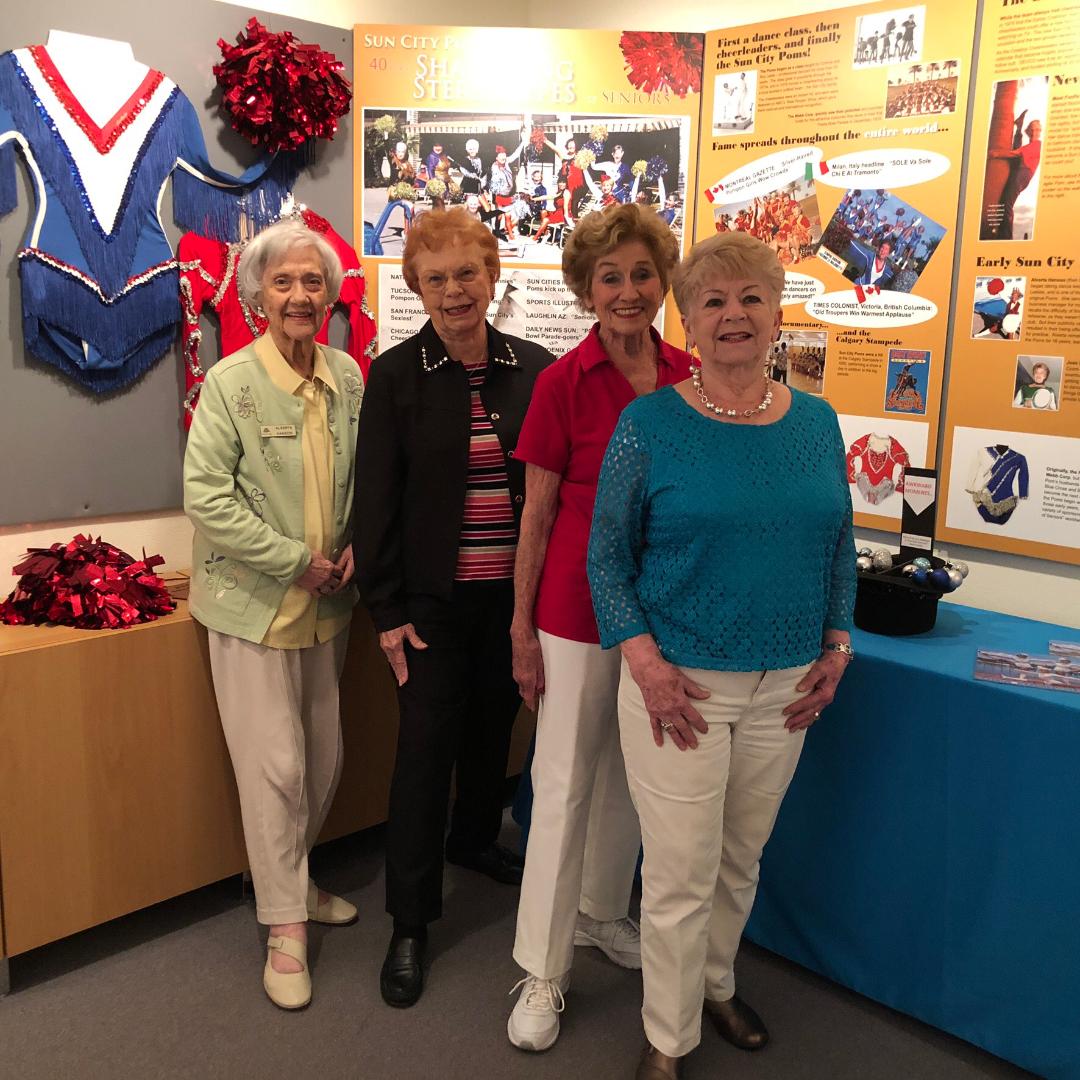 We are proud to be a sponsor of the Sun City Poms, and our pride is bursting that the Poms were featured nationally on The Today Show this morning. Four current Royal Oaks residents who are/were Poms are pictured here at an event at the Del Webb Sun Cities Museum: Alverta Hanson-Diez, an original Pom from their beginning in 1979 until her retirement in 1999; Lori Vaichinger, Pom from 1996 – 2003; Ginger Price, a current Pom since 2012; Joan Sullivan, Pom from 1995 – 2001. See the Today show clip that was taped in the fall but aired this month.