The parents of an Oscar winner live at Royal Oaks 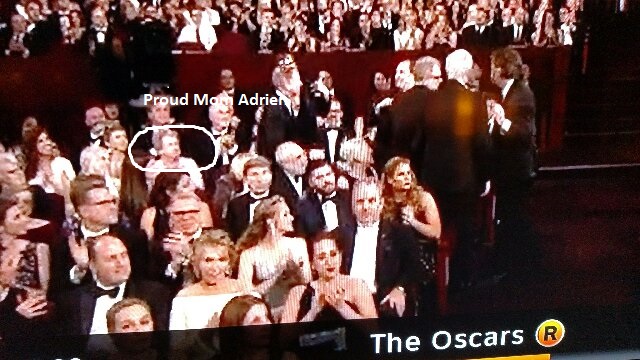 Donn and Adrien Spencer are glowing today as they were present at the Academy Awards celebration in Hollywood when son, Clark, took home an Oscar for Best Animated Film, Zootopia.

Clark Spencer is an esteemed producer of animated films. He also won a Golden Globe award for the same production this year.

We snapped this photo of Adrien on the TV as Clark rose to walk to the stage to accept his Oscar.